oppo reno 9 pro specifications: The launch date of OPPO Reno 9 Series has been revealed. Many users are waiting for the OPPO Reno 9 series. Oppo has created a separate fan base for its Reno series, who wait for the new Oppo Reno 9 series.

Oppo fans have been waiting for OPPO Reno 9 Series for a long time. Now finally the launch date of this new phone series has come to the media. And according to report It will be launched globally on 24 November specifically in China. And Oppo Three smartphones will be launched in this Reno 9 series. These may include “Oppo Reno 9 5G, Oppo Reno 9 Pro 5G and Oppo Reno 9 Pro+ 5G“.

However, so far Oppo has not confirmed which smartphones will be launched in this series, but according to an some website reports, all the three smartphones mentioned above can be launched.

There is expected to be a 50MP dual camera setup on the back of the OPPO Reno 9 Pro. At the same time, a 32MP front camera can also be given in the phone for selfie and video calling. This phone is expected to have a 4390mAh battery, which will come with fast charging support, but it has not yet been confirmed that how many watts of fast charging support will be available in this phone.

Some information about the other two phones of this phone series has also been leaked. According to the leak, many special features can be given in Oppo Reno 9 including 4,500mAh battery, 67W fast charging, Snapdragon 778G chipset and 64MP camera.

On the other hand, if we talk about the processor available in this phone, then in OPPO Reno 9 Pro you are going to get Snapdragon 8+ Gen 1 processor. 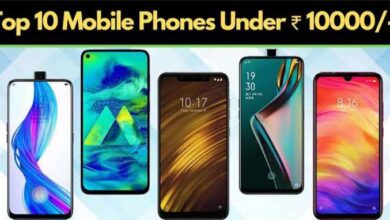